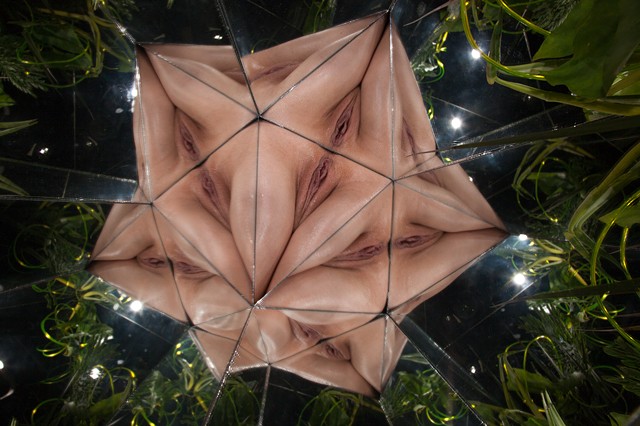 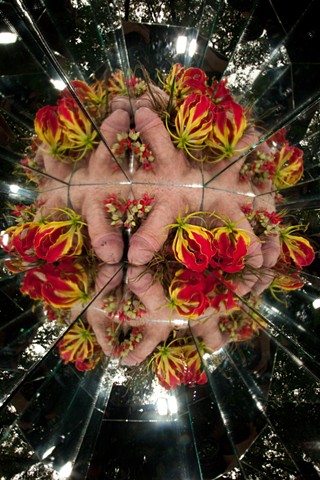 B with gloriosa lillies 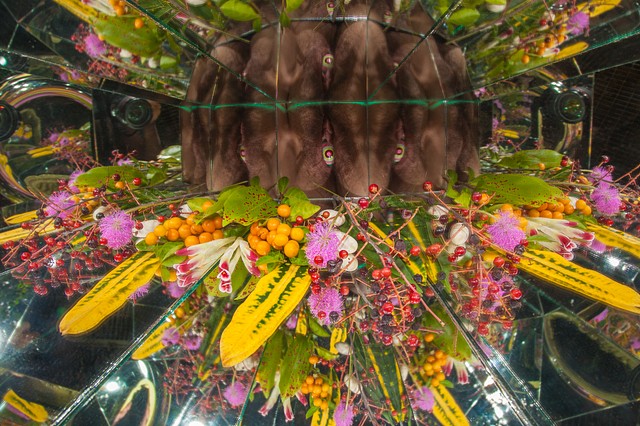 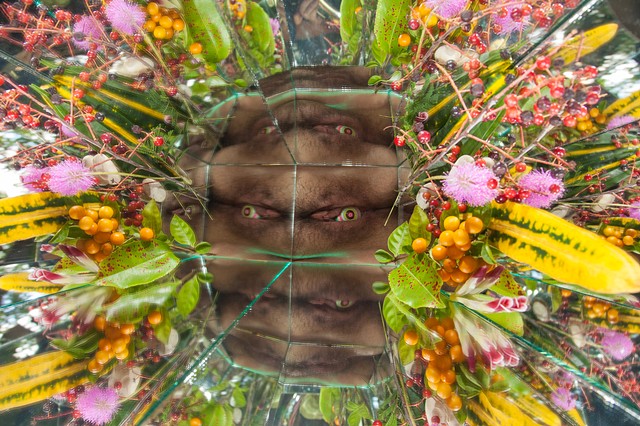 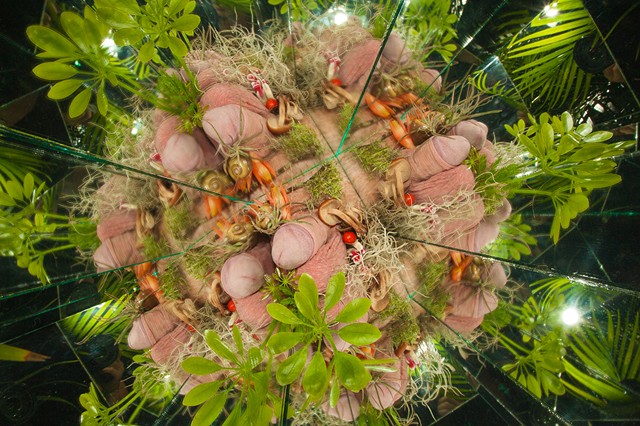 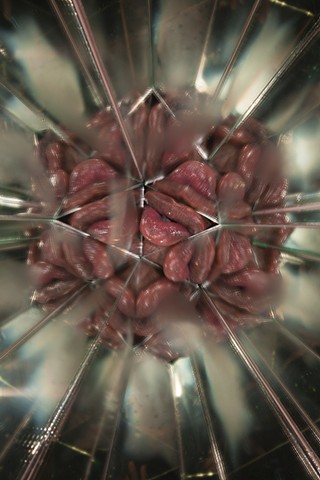 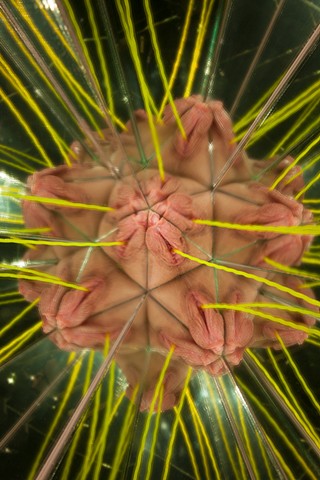 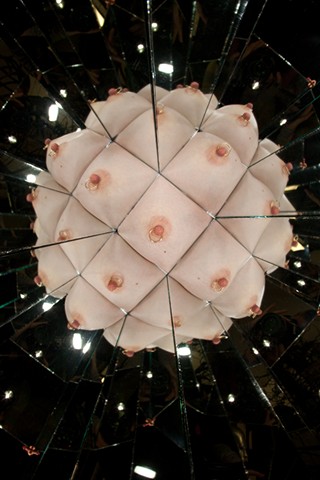 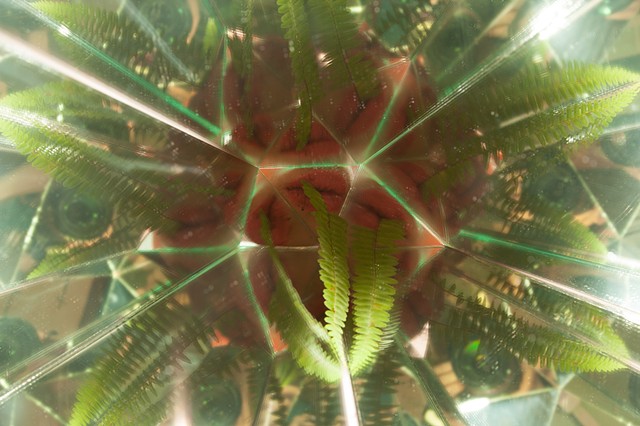 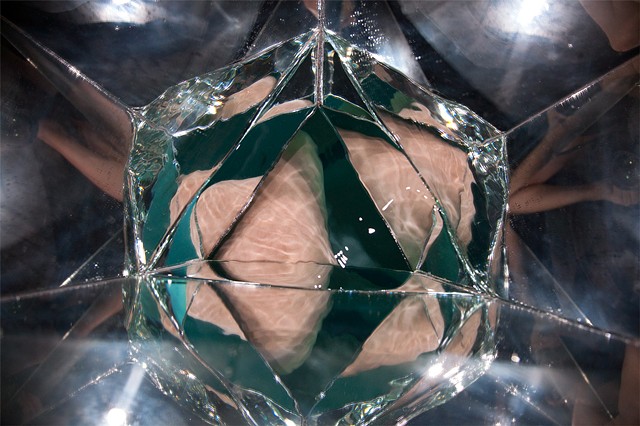 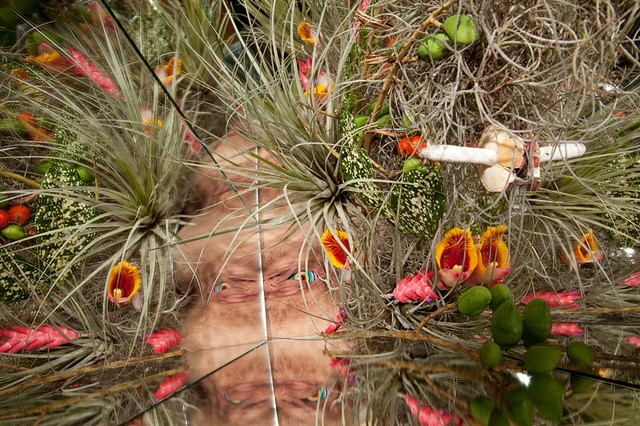 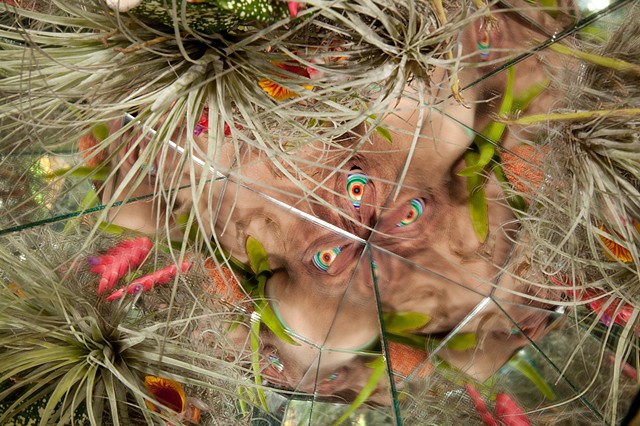 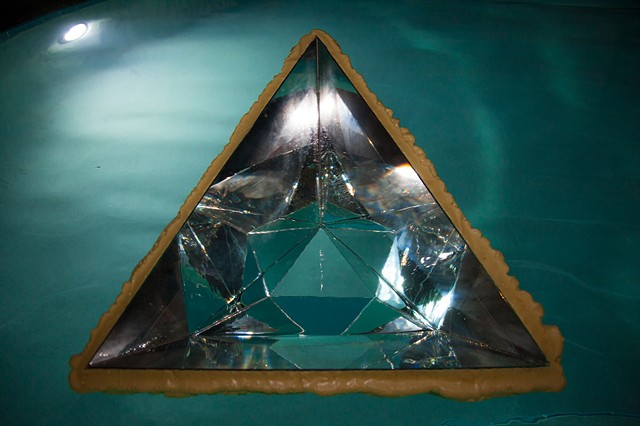 In these works I use analog interventions rather than digital to achieve the results, despite the use of a digital camera. Specifically, I have hand-built kaleidoscopes to shoot through, fracturing the geometry into psychedelic multiplicity, rendering the image spatially confusing, altering body symmetry, or disturbing the sense of scale. Vagina monsters from outer space hypnotize, or moodily look back at the viewer from a sea of tropical foliage, or regard an out of balance biome. Turning my decidedly eco-feminist gaze upon well-worn subject matter such as the female body in nature, I seek to conjure an alteric worldview: an alternate universe where female pleasure is sacred and the presence of the life-force of things overwhelms their capitalist egoic value.

My work with female genital revelation is rooted in mythic imagery and a deep view of time. Across the globe, ancient myths abound of women revealing their genitals like one would blandish an evil eye: to fend off invading armies, to shame the guilty, to calm the sea or to make crops grow. To reveal that which is hidden as a form of magic remains a power of the subversive feminine today. The ability to arouse or titillate is merely one among many long attributed the feminine sacral seat. Many of the bodies in my photographs are returning the gaze from between the legs, as if from an additional seat of consciousness, akin to a third or fourth eye. Alluding to alternative ways of knowing and body knowledges. I hand-craft the eye-like mandalas which are inserted into the vagina, evoking consciousnesses bearing witness to systems out of balance.